If You Don't I Will 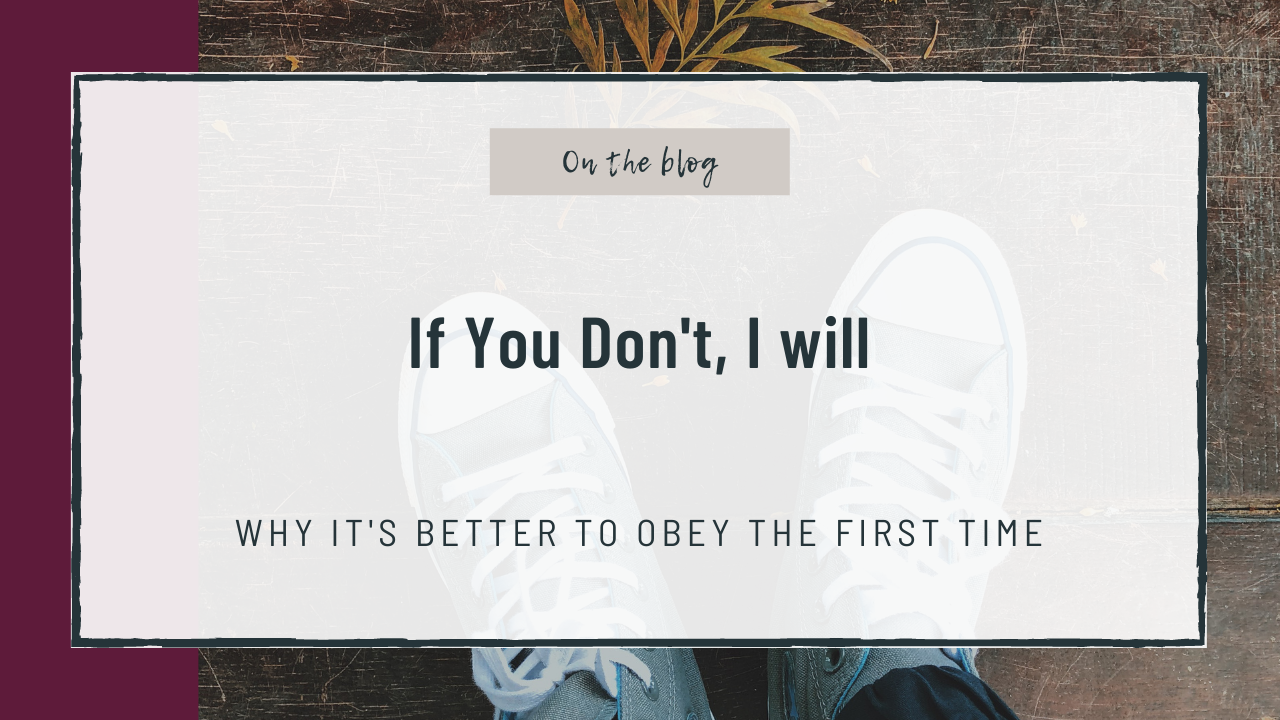 “Either you go clean your room, or I will.”

That’s what I used to say to my kids when they were little and a bomb looked like it went off in their rooms. For my kids, the meaning was clear: they could clean their rooms or I would head up there with a garbage bag and do it for them. Nothing that went in the garbage bag ever came back out so the usual result was little feet scurrying. And clean rooms.

They understood they had a choice. Either way the room was getting clean but if I had to do it, it was going to hurt a little with the loss of something.

I’ve recently realized there are times when God and I have this same showdown. I feel the nudging of the Holy Spirit giving me a directive; gently coaxing me to make a decision. I am all kinds of stubborn so gentle coaxing will turn into pervasive thoughts I can’t get out of my head until the meaning becomes clear. I can either take action myself, or God will. And if God does it, there’s potential that it’s going to hurt a little.

It all comes down to obedience.

Sometimes it’s actually pretty easy. I have a wonderful friend who works really hard. For several months I kept having the pressing desire to go buy her a necklace I knew she would love but I almost always dismissed the idea. There was one week in particular that I kept driving past the jewelry store and every single time I thought of her. Finally, I decided to get it for her. When I gave it to her I told her, “I think I was supposed to give this to you a long time ago.”  I’m pretty sure she liked the gift but I can tell you that for me, it felt strongly like I had been given a gift in that moment. I can’t even tell you why other than it feels good to obey God.

On the other hand, there have been times when I felt the nudging of the Spirit trying to coax me out of something toxic and I have ignored it. Whether it’s a relationship, a volunteer opportunity, or even a habit, I can only use fear as my reason. Fear of change, fear of the unknown or fear of what others will think. Even when something is bad for me, I sometimes fear losing it.

There have been many times when I have hesitated too long and God has had to ‘do it for me.’ I think on some level I almost WANT Him to do it because then I don’t have to make the hard decision. But the truth is, when God has to do it, it hurts a little. Sometimes it hurts a lot.

What I have ultimately discovered is whether I obey of my own free will or I obey because the choice was made for me, the result is something good for me. The end of the toxic thing is good. Moving on is good. Clean rooms are good.

I need to work on being brave. Even when I am scared I have to remember God is FOR me and what may seem scary or strange or downright weird is actually a good thing. I’m working on trading my fear for courage knowing it feels good to obey God.  It’s always a better choice.