It’s Brave to Be Real 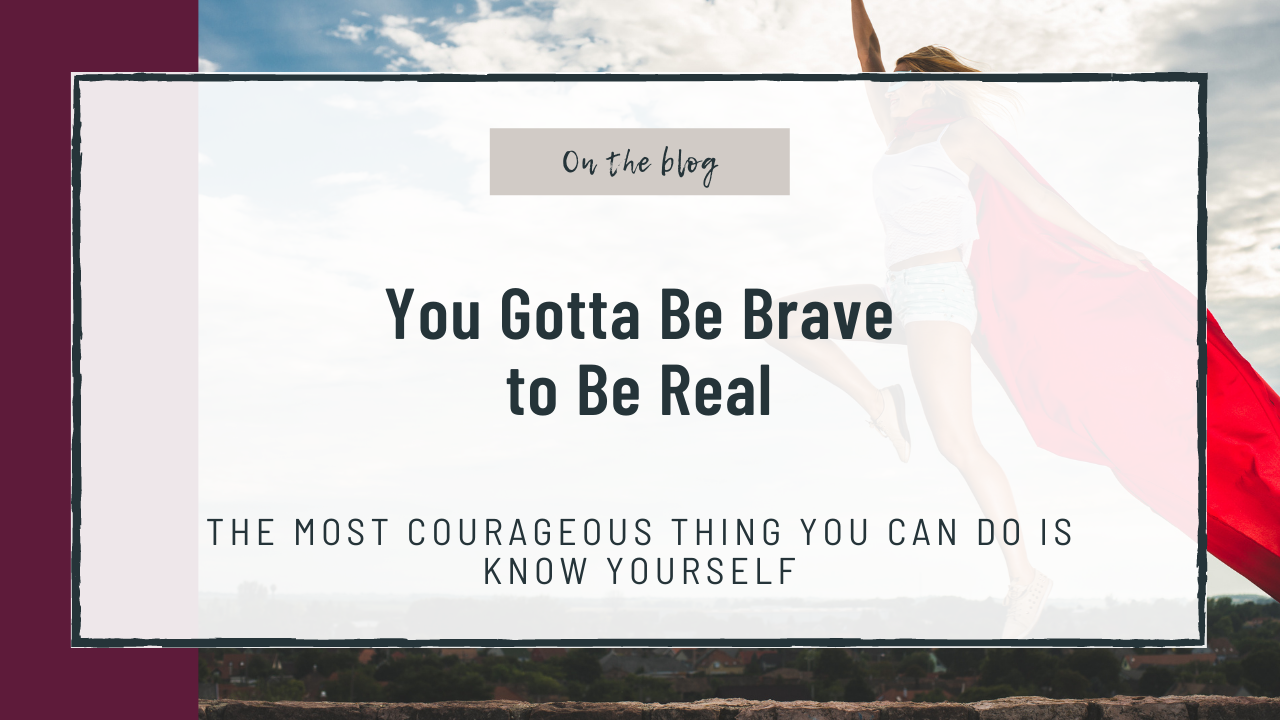 So you wouldn’t think this would be complicated, right? Be real. Be authentic. Let it all out there.

When I was younger my mom used to tell me to ‘just be myself.’ I’ll be honest and share with you the confusion that created in me. “Was I not already being myself? Then who was I being? What the heck?”

As a teenager I got a clear message from my peers that ‘myself’ was not a good thing. From their perspective I was a loser. So what does a sensitive, emotional teen do when her peers are mean? She changes herself.

I started to bury the parts of myself that were loser-ly and adopt a (fake) confidence about traits that I saw on other people. Wait, not in other people. In Madonna. I wanted Madonna’s ‘devil-may-care’ attitude and life. She seemed successful so it seemed like a good strategy to me.

So even though I was ‘being real’ like Madonna…saying what I thought, doing what I wanted…the truth was that I was still actively burying traits in myself that I was afraid other people would see.

The real tragedy here is that in my mind if others did see those traits I would be cast aside. That no one would like me. I’ve been living this strange half-life since then and without revealing my age, let’s just say it’s been well over 20 years. Over 20 years I have been in training to hide my real self.

I have to admit that at some point, I no longer knew my real self. I had developed into this amalgam of strong women that I admired and I was careful not to be vulnerable around anyone. It became second nature. It became REAL.

Except for one, tiny, almost insignificant thing. The continuous growing of Generalized Anxiety Disorder. (That’s a whole different post…stay tuned.)

This has been a year of discovery for me. I have been in counseling and reading some great stuff about GAD. I admit the light bulb didn’t come on too quickly but it seems to be shining through the darkness at last.

What does it mean to be real? Let me draw you a picture.

I got all twisted up about something a few weeks ago that was stressing me out. I came home and decided to rearrange all the drawers in my kitchen. (Organizing things mellows me out and makes me feel as if I am in control.)

My family all came home from work and school and were distressed that they no longer knew where the spoons were. (If you think this is minor, I dare you to try it!)

So here’s the real part. The old me would have said , “Because this makes much more sense. I don’t know why we didn’t do it this way when we moved in.”

But the real me said, “Because I had a bad day and I was trying to control something. I had a temper tantrum and rearranged drawers. I’m sorry. If you want to switch them back, be my guest."

To date, no one has switched them back. But they still gripe about opening the wrong drawer when looking for a spoon. (There is a little evil side of me that finds this deeply amusing every time it happens.)

I think it was THAT moment that the light bulb went on for me. What it meant to be real. To be honest. But the miracle was the reaction from my family. They laughed a little and shared that they understood that. That they understood ME.

I have been slowly testing the waters of being real with close friends. I am admitting my real motives, my real thoughts and my real self. It’s a tiny bit scary but it’s a LOT exhilarating. It’s freeing.

I have a long, long way to go. You don’t break a 20+ year old habit over night. But I am so hopeful right now that I can get there. And that what will be left of the life I tried to build will be the life I was meant to have.

I would love to know if anyone else faces this struggle. We can practice being real together.