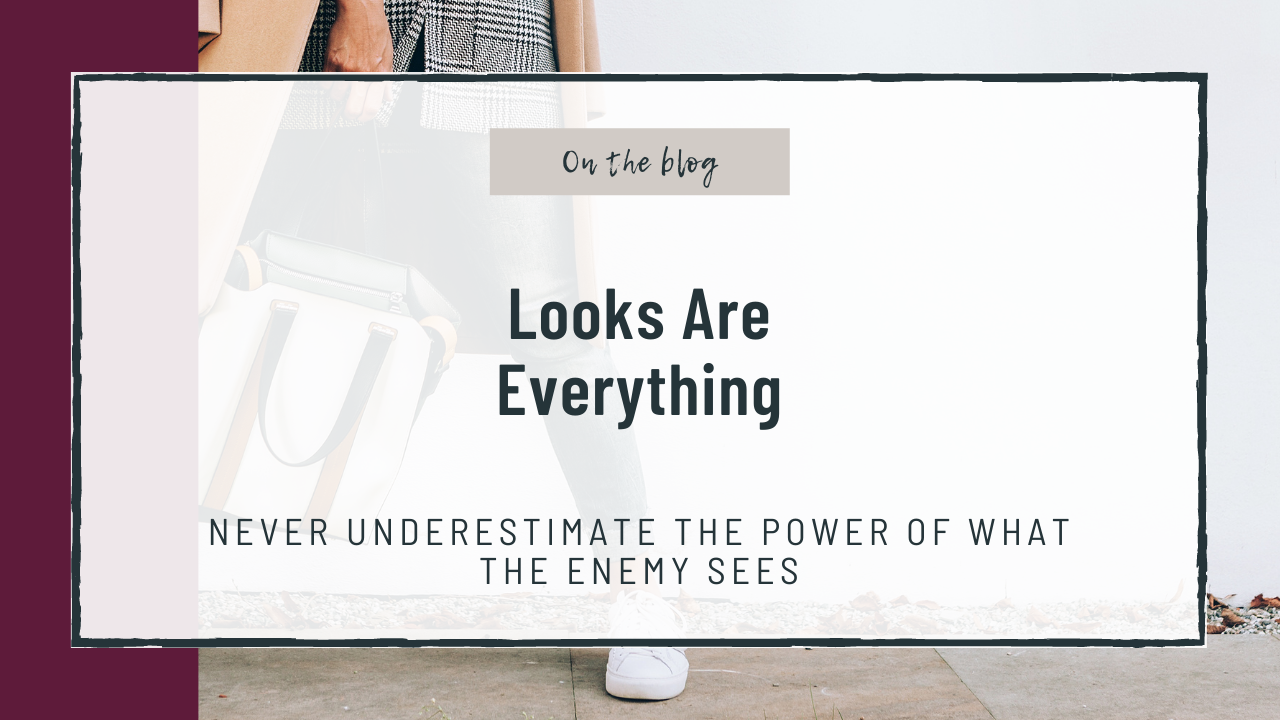 Some days I get up and put on work out clothes. I usually have good intentions of actually doing some exercise but I would estimate that 95% of the time I don’t. (I stupid hate working out.) Still, at the end of the day I feel better about myself because I spent the day in an outfit that made me feel like I could work out if I wanted. One of these days, I plan to actually break a sweat.

The reason I go to the effort to put on the clothes is because I am trying to change my mental attitude and psych myself up. This is the same philosophy formerly used by Native American tribes. By putting on war paint, they were getting mentally ready to go to battle. It inspired confidence in their comrades, made them feel like they were tough and put fear in the heart of the enemy.

There is another benefit to war paint. Lisa Bevere once said, “Never underestimate the power of what the enemy sees.”

Many times I have seen someone or something and thought, “That looks hard.” I determine my next course of action based on the probability of success or failure. Oftentimes, I will elect not to do something (like climb Mt. Everest) because I have pre-determined that I will fail. This isn’t a quitter mindset; it’s simply weighing the odds of whether or not I care enough to take on the challenge in front of me. Keep in mind that all I have to go on is what I see in front of me.

Don’t misunderstand this concept, though. It’s easy to think I am talking about appearance. And while that has something to do with it what I am really talking about is our posture. Imagine two women sitting side by side. One woman is sitting up straight with a determined look on her face. The other woman is slumped over looking defeated. Who do you think will be the tougher opponent?

This is where I pause to admit that there are days when I simply cannot fight another battle. I look defeated because I feel defeated. Insecurity gets me down or I’m replaying a conversation that made me feel icky. It’s hard to get a defensive posture on those days. That’s when the war paint helps.

You’ve heard the expressions about ‘dress for the job you want, not the one you have’ or ‘act your way into a feeling.’ These concepts are about changing how you think so you have the strength to get through the next thing. On the days you are feeling down, help yourself feel empowered by breaking out the battle ready clothes.

When you dress for battle, you feel ready for battle. Your feelings will follow your posture. Then the enemy will look at you and think, “That looks hard.” At this point you’ve won before you ever picked up a weapon.

A final word for you. War paint is a method or a tool you use to aid you. Never forget that your strength comes from the Lord and His mighty power. (Eph 6:10)

Let’s stop underestimating the power of what the enemy sees, fellow renegades. Do you look fierce? Do you look battle ready? Put on your war paint and let’s go!