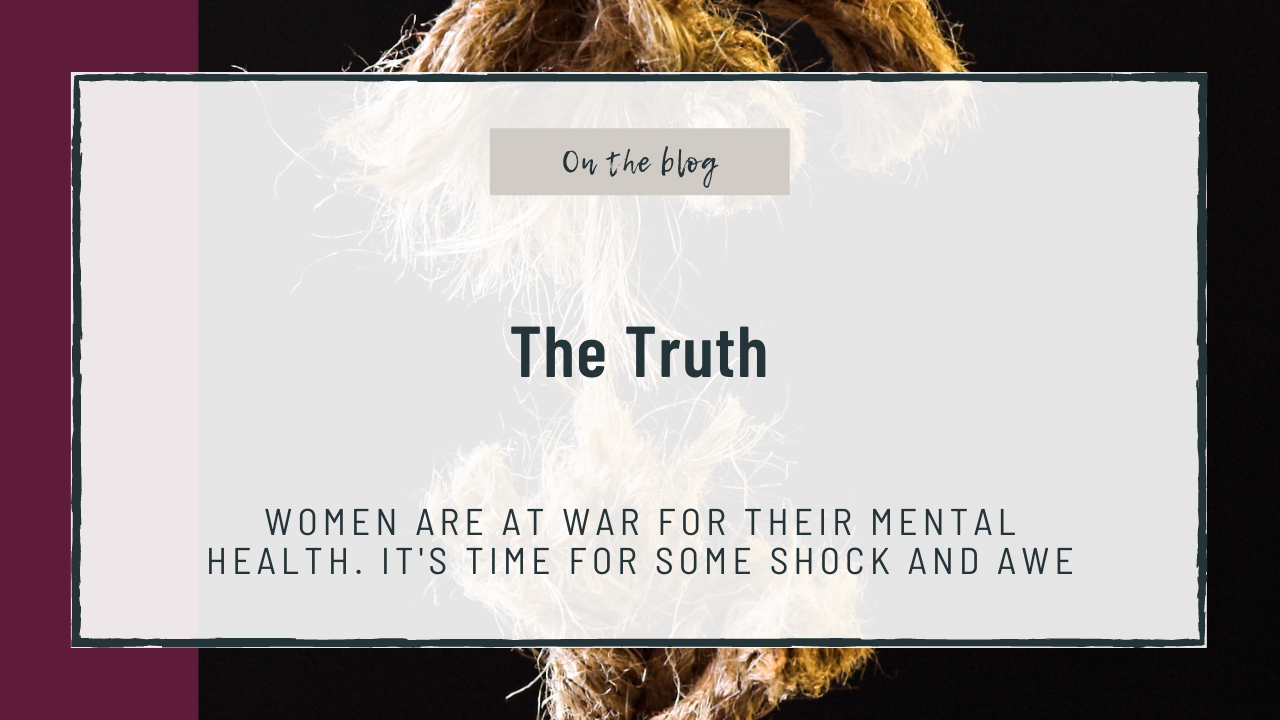 My dad died a little less than two weeks ago now. He lost the battle with leukemia, and while that is very sad, he had other demons in his life long before that. Mental health, or lack thereof, has plagued my family for almost as long as I can remember. I thought that when my dad passed, the family drama created by his demons would end. No such luck.

I have been dealing with family members with alcoholism, depression, anxiety, bipolar disorder, narcissistic personality disorder, and borderline personality disorder. There has also been a plethora of other addictive behavior including drug use. Oh, and I can’t forget mental, emotional, and verbal abuse.

To say this has negatively impacted my family might be the understatement of a lifetime.

I don’t want this to be my story. In fact, from a young age, I have tried to distance myself from all of it. To some extent, I have been successful, thank God alone. But I would be lying if I told you I escaped without injury. I have been struggling on and off for years with insecurity, depression, and anxiety. I’ve been on and off meds, and I’ve read every self-help book out there. I am careful about where I spend my energy and who I spend it with, but it’s still a battle. It’s just not one I am willing to lose.

I’ve also been in involved in women’s ministries where I have seen up close that I am not alone. And we as women are fully aware these internal fights are lies from the enemy and not of God.  We get it! But these clichés are like a whisper in a packed dance club. Reason is no match for the roaring. So we all just live with it. We accept it as part of life and try not to let it get us down too much. We know better but we are helpless to do better, and frankly, I’m over it.

This cannot be allowed to be our legacy! It seems to me the prevalence of mental health issues is growing epidemically, which tells me the multitude of “solutions” in the world is missing the mark.  How is it possible that we have the most access to health ever and we’re still falling apart? I don’t have the answers, but I have theories. I am sure you do, too.

If I had to pick one thing that I think would have the biggest positive impact, it would be for health-seekers to come together to support one another. Too many of us are in isolation. Here’s the thing, when a country is at war, they don’t send one man alone to defeat the enemy. They send an army.

We are at war for our mental health. It’s ridiculous, and it has to end. It’s time for women who have had enough to rise up and come together. I believe with every fiber of my being that we can turn the tables on this issue. We just can’t do it alone.

We start by sharing our stories with each other, not as victims, but as warriors who refuse to let the darkness win. It’s time we build our army.

I am the daughter of an alcoholic who started drinking before I was born. My family of origin looked normal and blessed from the outside but privately dealt with mental, emotional, and verbal abuse. Love was based on performance, and the only acceptable emotion was happy. Bad behavior was enabled, and good behavior ignored. It was rarely physically violent.  Churchgoers were bible thumpers and counselors were quacks, so no contrary voice was heard. Over time, these issues increased in intensity becoming powerful and destructive.

This is just part of my story. I’m convinced the whole sordid tale would make an excellent Lifetime movie special, but this is where I’m starting. With the truth.

“THE LIGHT SHINES IN THE DARKNESS, AND THE DARKNESS CAN NEVER EXTINGUISH IT.” JOHN 1:5 NLT

The National Institute for Health estimates that tens of millions of people each year are affected by mental illness but only half that many receive treatment. That statistic doesn’t even touch the effect of those illnesses on other people.

I am an imperfect survivor of someone else’s demons. Your story won’t be exactly like mine but if you can relate to this at all, know you aren’t alone. Your story is real and valid. You aren’t overreacting or being too sensitive. It’s not your fault.  You deserved better. And no matter what the fall out has been in your life, you are a survivor, too.

Through supporting and loving one another, our stories and voices will be heard. Don’t underestimate how powerful that can be. This is our army. And if I were the enemy, I’d be shaking in my boots.

If you're feeling brave, I'd like to hear your story.