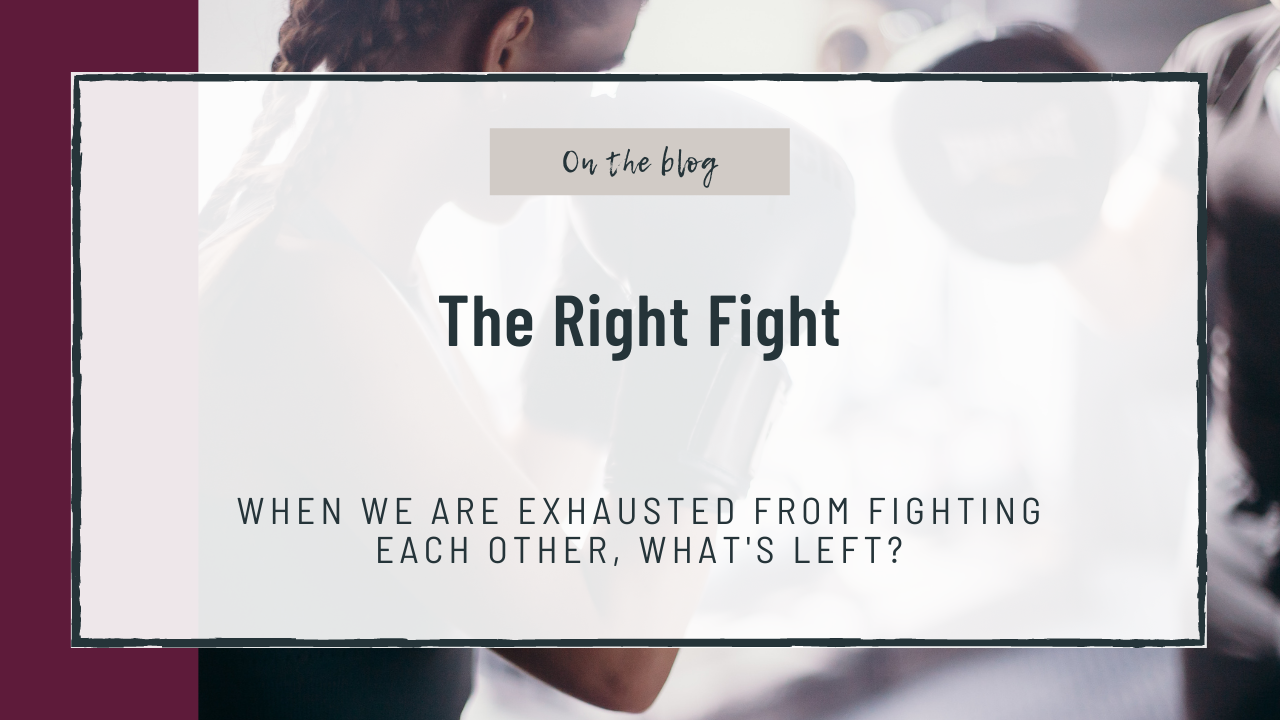 No ones wins in a Civil War.

Civil War is when two groups of people on the same team, in the same group, in the same country or in the same anything, have a difference of opinion and begin to wage war on one another. Sisters fighting sisters, friends fighting friends, or teammates fighting teammates, it all leads to the same conclusion.

History tells us over and over that civil wars are bloody and produce mass casualties. There is no way around it. There even comes a point in every war where the cause no longer matters. The cause becomes subtext. Fighting is just fighting. Suddenly, war is in charge, not you.

I wish this was a mutually exclusive phenomenon. I see it at church. I see it at work. I see it in my child’s extracurricular activities at school and my other child’s sorority away at college.

I see the wake of this kind of infighting. My heart is broken not only for what could have been but for the emotional and mental devastation I see happening. To me, the absolute worst part is war started, fueled and promoted by Christians, the ones who are supposed to know better.

I want to ask some harsh questions but I don't want to get in the war. I want to be a voice of truth and light and love, but fear getting hit by a stray, metaphorical, bullet. From where I am sitting, reason left this party hours ago. Still, my heart cries out.

When I look around I see uncontrollable tears, the kind where you can barely catch your breath. I see dreams destroyed and shoulders dropped in defeat. I see health crises. I see the bonds of friendship being ripped apart and bullying thriving in a place that was meant to be safe.

There is SO MUCH collateral damage. The unintended consequences of escalation. No one cares about the original complaint anymore, they simply want to win. At any cost. And so the very thing we wanted to preserve has been destroyed and nothing will ever be the same again.

Love God, love others. That was the command of our Lord. What part of this is doing THAT?

I try to remember the words of Ephesians 6:12:

We shouldn't be fighting each other. We should be banding together to fight the real fights. It's time to put down our crowns and pick up our armor of God.

Whether it’s a revolution or an uprising, it’s gotten out of control. Like a runaway train, it can’t be stopped at this point. The original disagreement is lost and even if someone wanted to stop, they have no idea how.

Unless we remember that in civil war, there are no winners. Sacrifice will always be made to satisfy the appetite of war. Then we can make a different choice. Someone can be brave enough to lay down her sword. Someone will have the courage to go first.

Instead of fighting for the cause, why don’t we fight for the people? ALL the people. Why don’t we use love as our weapon of choice and teach our children to DO BETTER and BE BETTER?

If we can’t do that, there will be nothing left but to annihilate one another. And I have to ask, who is the winner then?