Permission to Be Awesome 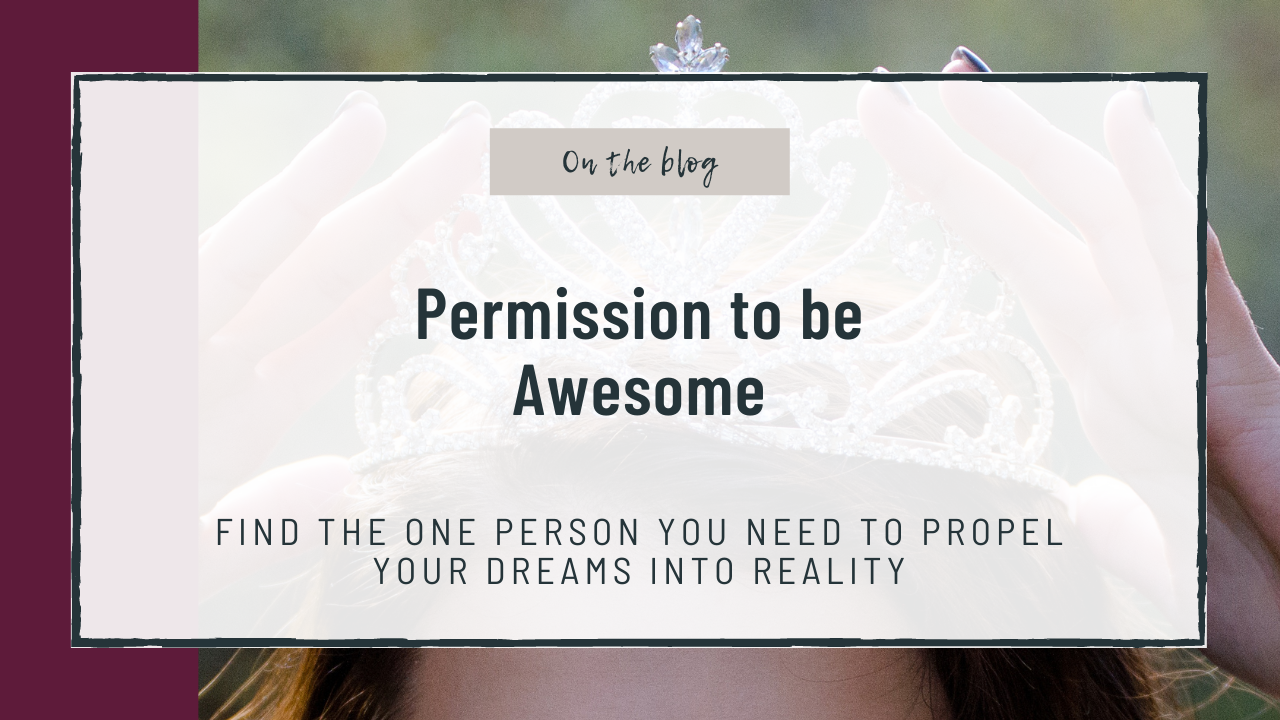 This is the fourth installment of the “Don’t Unsettle For Less” series.

WHO BELIEVES IN YOU?

Who pumps you up, encourages you, and thinks you are generally awesome? Chances are, you are going to have to take a minute to think about it. Maybe it’s a culture thing, but very few women I know have a personal cheerleader in the form of a mentor.

I USED TO THINK IF JUST ONE PERSON TRULY BELIEVED IN ME, IT WOULD BE ENOUGH TO PROPEL ME FORWARD AND I’D ONE DAY THANK THEM WHILE ACCEPTING MY OSCAR OR GRAMMY AWARD.

Is that so much to ask?

When you don’t have the positive voice in your life pushing you, it’s easy to stay hidden. It’s easy to convince yourself your dreams don’t matter.

WHEN NO ONE NOTICES YOU, NO ONE HOLDS YOU ACCOUNTABLE TO YOUR OWN LIFE.

(This is why we both want a mentor and are terrified to get one, right?)

Here’s the thing, though. I am super sick and tired of hiding and not reaching my potential. I’m entirely over the feeling of angst when I think about what I want to do with my life. I’m sick to death of holding myself back.

I WANT TO DO SOMETHING THAT MATTERS.

I love the movie Legally Blonde. I used to tell my girls that if I die young, model themselves after Elle Woods. Sounds nuts, I know. But let me tell you why.

In addition to being beautiful, kind, and tenacious, Elle is someone who experiences the harsh judgment of others without being fazed. She doesn’t internalize other people’s opinions. She is driven by something inside of her that is fearless. She goes after what she wants without apology, even though even her own parents discourage her from chasing her dreams. She believes in herself.

Elle is her own fairy godmother.

So why can’t we be our own fairy godmothers?

I SPENT A LOT OF TIME IN MY LIFE WAITING FOR SOMEONE TO GIVE ME PERMISSION TO BE AWESOME. NOT ANYMORE. THE BIGGEST LESSON I’VE LEARNED, LOOKING BACK, IS I HAVE TO FIRST BELIEVE IN MYSELF IF I WANT ANYONE ELSE TO BELIEVE IN ME. WHEN I DO, IT’S LESS IMPORTANT IF OTHERS BELIEVE IN ME.

It’s the furthest thing from easy, learning to believe in and trust yourself, but if there is one thing I know for sure, it’s that we have a God-given purpose that matches our God-given skills and gifts. We have these things for two primary reasons.

2. To live an abundant life.

God has already permitted you to be awesome. It’s time to give yourself that permission, too.

Stop waiting for someone else to believe in you. Practice being your own fairy godmother. Notice your awesomeness. Be your number one fan.

CHASE YOUR DREAMS. CHANGE THE WORLD.

Next time, we’ll talk about whether or not you like yourself and what to do about it if the answer is no.