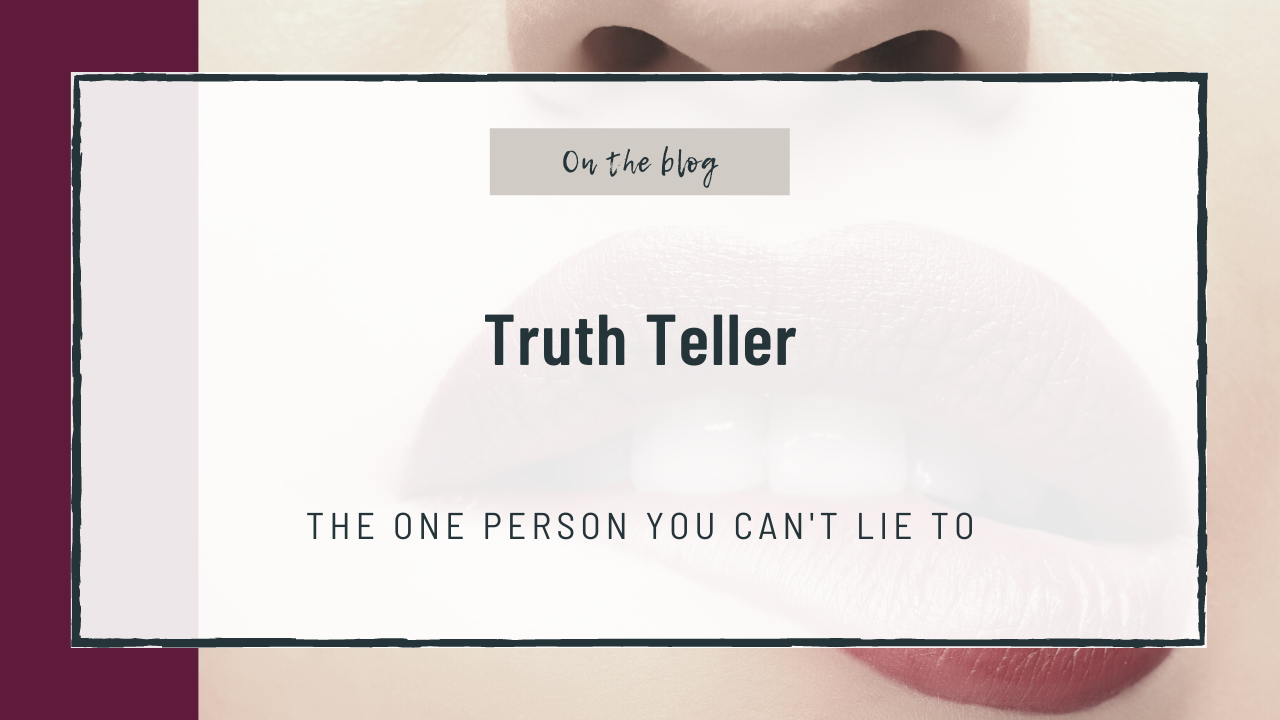 When I was younger I was prone to exaggeration. Or, as I like to call it, lying. It was pretty bad actually. There was a decade or so where I am not sure that anything that came out of my mouth was true.

One of the realities of a professional career in bulls**t is that you can detect it from a mile away. When I would come up against someone else with these same traits, I could smell it like last week’s garbage. It was so annoying! In fact, it became so annoying that I made the courageous decision to stop exaggerating, er, lying.

I quit cold turkey. It was pretty easy, actually. Surprisingly easy. I should have known that nothing is really ever THAT easy.

I’ve recently discovered that what I really did was to trade the external lying for a whole lot of internal lying. Oops.

This example is extreme (and sadly, true) but there were a million little ways that I began to lie to myself and I didn’t understand why until recently.

This was difficult as drama was a clingy to me as a new puppy. And with no safe place to process, I learned to bury the real and project what I thought people would like.

Last year, in my forties, I had a breakdown of sorts. I realized that it is EXHAUSTING to constantly be someone that someone else would like. It’s hard work and I was worn out. So I started looking into it (i.e., counseling) and discovered that I had no flipping idea who I was truly. Not a clue. I knew the character traits I worked hard on, but in the natural, who was I?

This is a deeply philosophical question and I’ll be honest, a total drag. So I started taking a lot of naps.

God has been so faithful over this last year, however, in slowly peeling back the layers of my life to reveal the person He intended me to be. He has sent me wisdom not only from scripture but from some amazing authors like Rebekah Lyons, Glennon Melton, Dr. Brene Brown and Donald Miller.  My life is changing. My outlook is changing.

I am so hopeful for the future now. I feel as though a light bulb has come on and I can finally see. I’m not only discovering myself but I am watching closely at those around me. You see, it’s all about relationships.  Literally, nothing else matters beyond our connections with other people. Love others. That’s the directive.

I’ve been so busy trying to organize my life in order to get people to love me that I totally missed the memo about love others. I think that the very best way to love them is offer them my real, authentic, no BS self. Exactly as I was created. Real, raw and broken.

What I have discovered then, the magic of it all, is that those who return that same love, the other real, raw and broken, then we have created a safe place. The place to process that I needed so desperately when I was young.

There is so much more for me to sort through but hope is springing forth like all the baby bunnies I see everywhere. It’s multiplying and taking over. It’s not easy. Don’t misunderstand me. This is the hard work of life but it has the biggest reward ever.

If you are resonating with this at all and you feel like you need a safe place to process, please let me know. Let’s talk. Let’s dream about what could be if we only allowed ourselves to be honest. No more exaggerating. No more lying.

Come as you are. You’re gonna love it.