The Best Advice I Ever Got 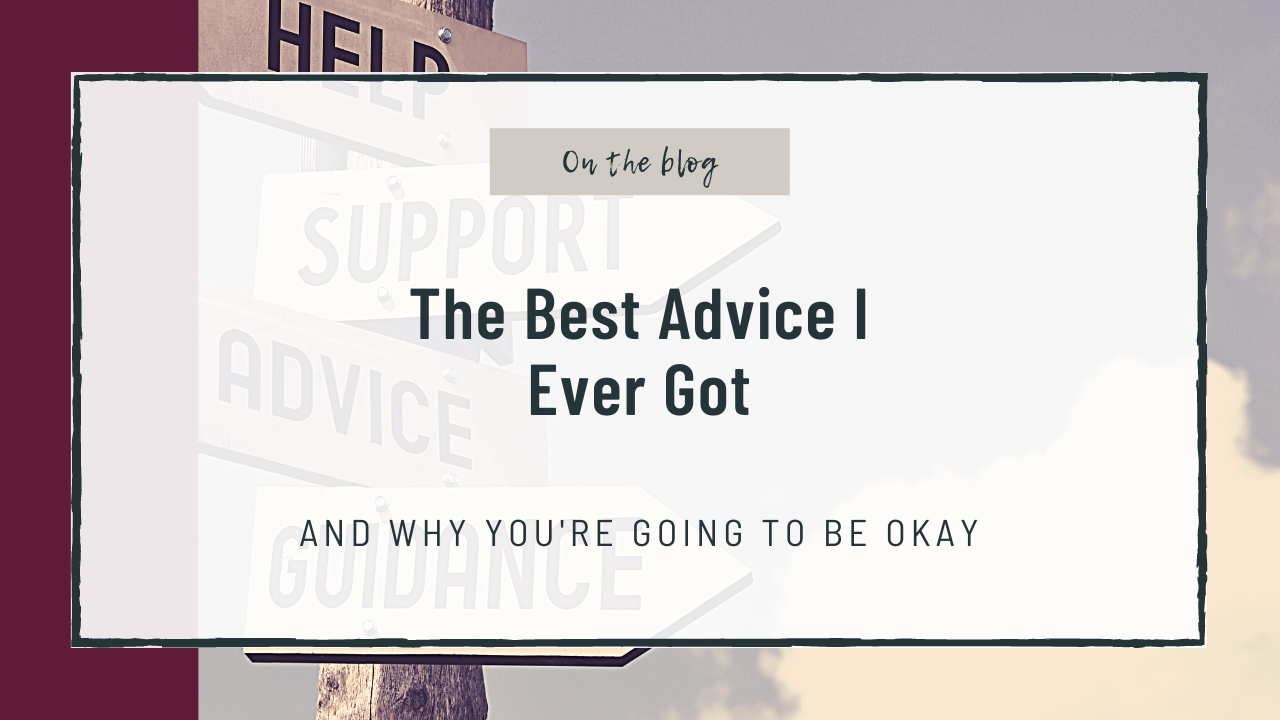 Some of the best advice I ever got came from someone whose name I can no longer remember.

About 17 years ago, I had just had my second miscarriage and I was devastated. Strangely though, everyone around me at the time had an attitude of, “Don’t be sad. Shake it off. Act normal.” Maybe I am the only one but I found this deeply confusing. So I made the decision to seek out some counseling to try to figure out how to feel.

The counselor I saw was AWFUL. She straight up talked about herself the whole time and we never talked about miscarriage or me or anything that I found helpful. At the time.

She did, however, share one interesting story that almost two decades later I can tell you really did change my life forever. In fact, if I could ever remember her name, I might thank her for it and apologize for my hasty judgment.

The story went like this: One day while washing dishes in the kitchen, the counselor looked out the window to see her little girl coming home from school in tears. Immediately, she rushed to her daughter’s side to find out what was wrong. Through tears her daughter tells of how her best friend IN THE WHOLE WORLD got two tickets to (the best concert ever) and invited someone else!

Immediately the counselor, the fixer, started to rationalize what the best friend may have been thinking. “Maybe her parents made her choose this other person, maybe she owed this person something…you don’t know what happened.”

It was at that moment when she looked at her daughter’s face and saw the misery and hurt. There just wasn’t any fixing this. So she dropped her shoulders and said, “You know what, honey? That sucks.”

They went inside, ate ice cream and her daughter went to work on some homework. The next day, when she came downstairs to go to school she was whistling a happy tune and seemed completely fine. That is when the counselor understood a simple, yet often missed, principle.

By letting her daughter feel her pain she healed from it faster.

I have thought of this story over and over in my life and applied it to my children. When we are allowed to have emotions, instead of ‘get over them,’ we heal faster. Instead of masking them, burying them, ignoring them or rationalizing them we let them come. Sometimes, instead of working it out we cry it out.

It feels like in our current culture everyone wants to ‘fix it.’ Unsolicited advice, reciting scripture, ignoring the issue, etc., etc., are all part of a ploy to bury negative emotions and act happy all the time. It’s as if you are not successful or you are a mental case if you have a bad day.

What ever happened to just hugging someone and telling him or her, “It’s going to be okay.”  Why do we have to fix everything? Why aren’t we allowed to grieve and admit that certain things in life just suck?

I can’t help but think of Jesus in John 16:33 when he says, “I have told you these things so that in me you may have peace. In this world you will have trouble. But take heart! I have overcome the world.”

Essentially, I think he is saying, “Some stuff will suck. But it’s going to be okay.”

When I left that counselors office all those years ago I really thought I had wasted my time and money because I didn’t feel better about my circumstance. Looking back now, I realize that she was telling me to feel what I needed to feel and that it would be okay. So I did. And it was.

Do you ever feel like you just need someone to tell you that it’s going to be okay?