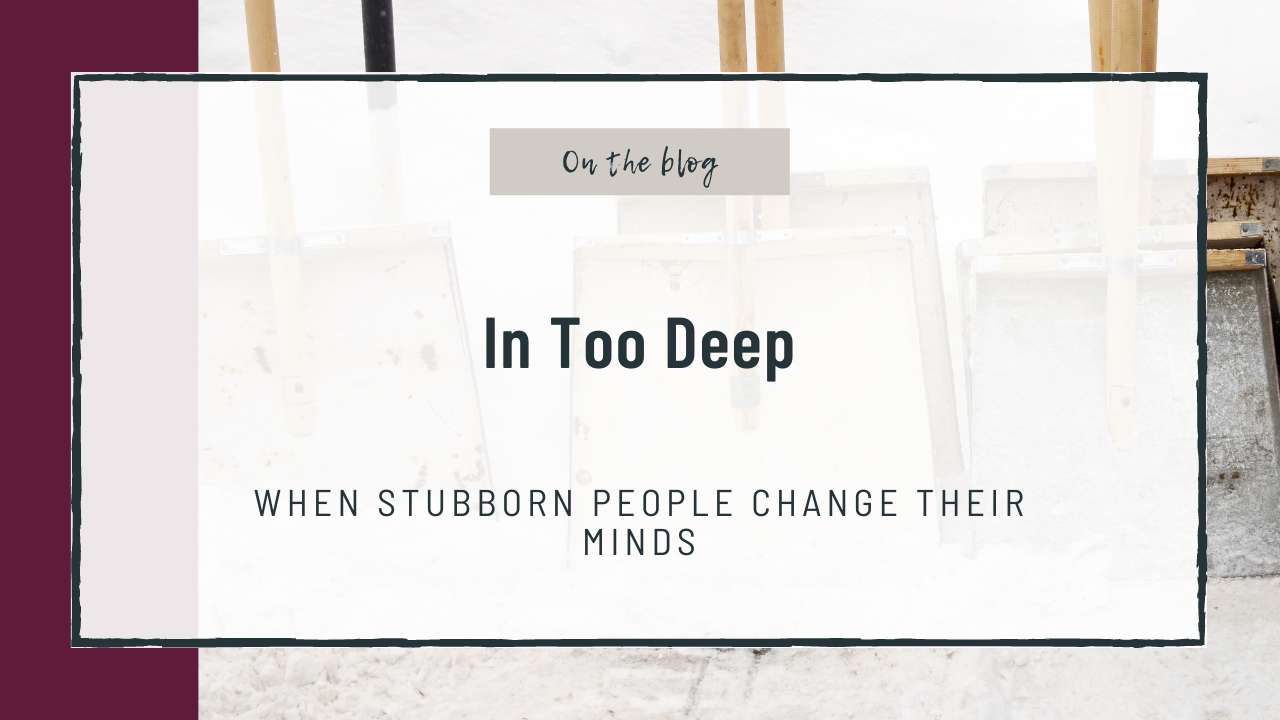 It’s no fun when you realize it’s too late. You’ve dug your heels in, you’ve taken a stand and you’ve adopted an attitude. You’ve shared your opinion with everyone you know. You are convinced you are right and you’ve had a posture of confidence throughout the whole thing.

Then it happens. Fatigue has set it and you are tired of fighting. You realize that either you are wrong or you aren’t going to win. Now you have a serious dilemma. You have been the champion of the cause! You have literally convinced others to follow you into battle and as much as you want to lay down your sword you just can’t. You’ve passed the point of no return.

To turn back now would be social suicide. What would everyone think? Talk about egg on the face.

Yet, if you look closely you’ll see that everyone else is exhausted, too. You’ll see the hurting hearts of those involved. There are wounds now that could take years and years to heal. It’s just too late to undo all the damage that’s been done. You would take it back if you could but you’re in too deep.

There is good news, though.

Acts 9 tells the story of Saul who was arguably the worst persecutor of Christians after Jesus was resurrected. He was widely known for his murderous threats and doing harm to the Lord’s people. His goal was to throw every Christian he could into prison. Maximum security.

Jesus appeared to Saul and blinded him briefly. Then he dropped the scales from his eyes, renamed him Paul and sent him out to proclaim his name to the Gentiles and all of Israel. Paul was so passionate about sharing the good news of the gospel that went on to become the author of thirteen books of the New Testament!  Talk about a turnaround.

You could for sure argue that Paul was in as deep as they came. Scripture even tells us that there were many who could not, would not, believe he had actually become a disciple.  Astonished, they asked, “Isn’t this the man who raised havoc in Jerusalem among those who call on the name of Jesus?” Still, even in adversity, Paul continued to powerfully and fearlessly preach in the name of Jesus.

THEN THE CHURCH THROUGHOUT JUDEA, GALILEE AND SAMARIA

ENJOYED A TIME OF PEACE AND WAS STRENGTHENED.

The bottom line is that you are never really in too deep when you have Jesus on your side. It’s never really too late to turn around and make a different choice. It doesn’t matter what happened in the past, you can still write a new future.

It may not be easy. It will certainly take courage. But it will be worth every thing to stop the hurt and let wounds heal. Isn’t it time to enjoy peace and be strengthened?