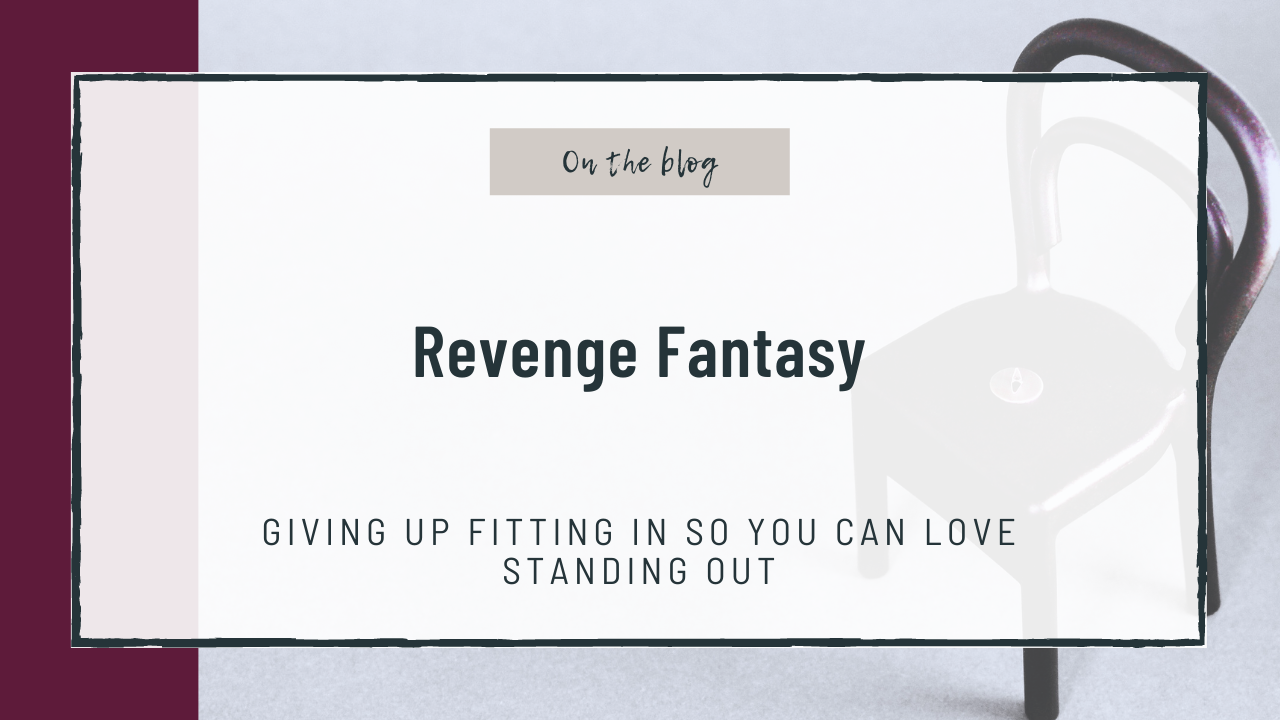 I heard the greatest story the other day while listening to a podcast.

All of the cool girls of the senior class of a high school got together and had matching t-shirts made that all said, “Senior Princesses.”

The message was clear. If you didn’t have one of their shirts, you were not a cool kid. Everyone understood the meaning, and many of the girls who were left out accepted their status without a second thought because everyone knew that ‘cool’ was another way of saying ‘mean.’ No one wanted to mess with them.

Until another group of girls, the girls who always get picked last, showed up to school in their own matching t-shirts that read, “Senior Queens.”

As you can imagine, it was the talk of the school. The high and mighty Princesses protested, but since they aren’t in charge of other people’s clothing, they were forced to accept they had been bested. By nerds.

I’m still laughing, weeks after hearing this story. Oh, I wish I had been a fly on that wall.

I think every high school has their own internal cool meter. Everyone was friends in elementary school, but once you hit ninth grade, an unspoken segregation happens, and the worst part is you have no control over which side of the dividing line is your new home.

It totally sucks, but only for those of us who find ourselves on what we consider to be “the wrong side.”

I did not want to be on the wrong side, but I was. Once in a while, I would get a foot over the line into the right side, but it never lasted long. The invisible nerd magnet in my group always pulled me back.

I hated that side.

I spent most of my life wanting to be on the other side. I wanted to be a cool kid with a cute matchy-matchy t-shirt! They had everything I wanted in life, which was not to be a nerd. I wanted it so badly that it drove my whole personality for, well, decades.

It all boils down to the fact that not feeling accepted made me feel like crap. All the time. Which, as you can imagine, isn’t fun.

The thing is, I’ve sort of discovered that the cool kid side really only had a handful of kids. I was so focused on looking at them that I missed the fact that I was part of a huge crowd! There were WAY more of us than there were them.

It makes me wonder why we didn’t alter the status quo together. We could have taken them. If only we didn’t want to be them.

What would have happened if I had focused more on the group I was already part of? I mean, we had the future engineers, inventors, medical marvels, Broadway stars, published authors, and so much more.

The problem was that a small group of people, who were probably insecure, made us feel like we didn’t belong. Our mistake was thinking they were right.

There is no in or out. The reason the line is invisible is that it doesn’t exist.

So, can we all stop acting like it does?

Sure, there is always going to be a group of people who are determined to push us down, but friends, there will always be more of us.

How cool is that?

I heard once that in the game of life, everyone wants to get to the top of the mountain. The trouble with that is, once you get there, you spend the rest of your life trying not to fall off. The goal should be to be in the valley, where the river and air and life are.

I’ve been in the valley most of my life, craning my neck, wishing I could be on top of the mountain, never realizing I was already exactly where I was meant to be. I’m not making that mistake anymore.

Let them have the mountain top. We have the world.