Not Very Good at Being Bad 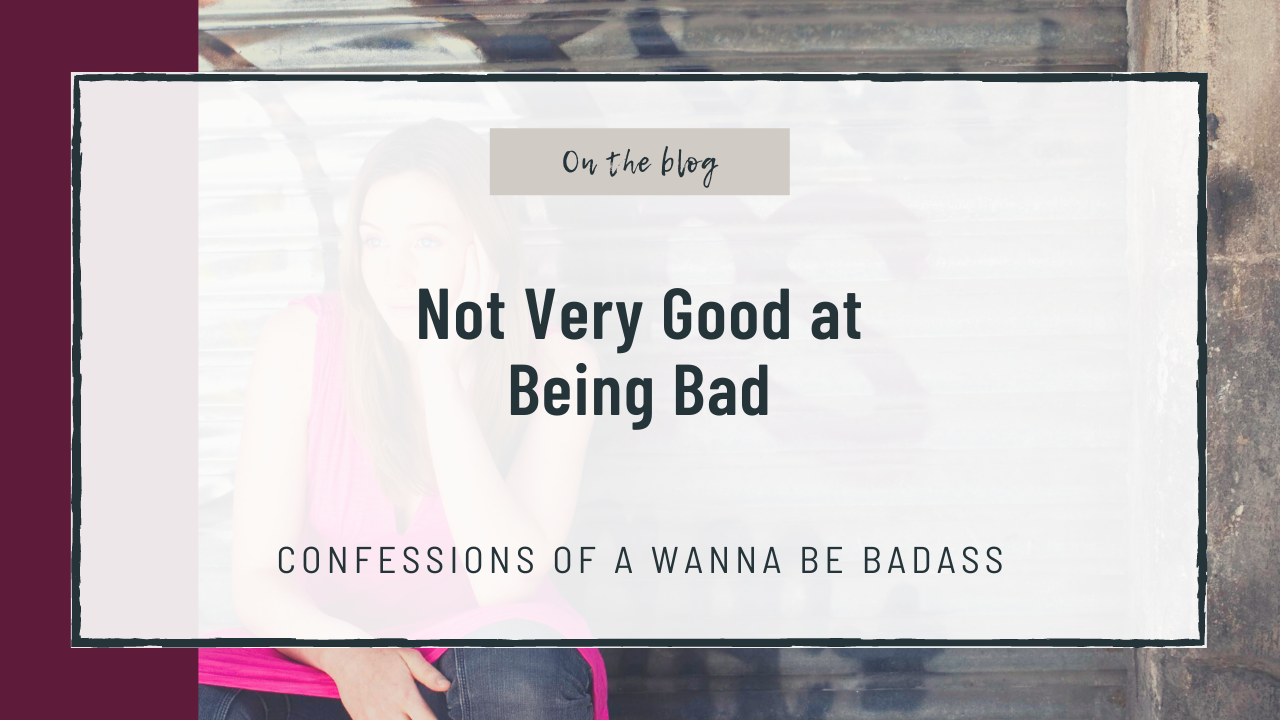 Someone asked my husband the other day what he first found attractive about me. He answered, “I was a good boy and she was a bad girl.” Anyone who knows me can stop snickering now.

I wasn’t really a bad girl but I definitely aspired to be one. I was enamored of movie characters like Madonna in Desperately Seeking Susan, or characters you would find in Jackie Collins novels. I loved powerful music by powerful women who were daring that guy to walk away. These women, fiction or not, seemed to really have it together. They seemed tough to me, like nothing ever hurt them. I wanted to be like that more than anything in the world. I wanted to be tough so nothing would ever hurt me.

Trouble is, I’m easy to hurt. I’m sensitive. I’m a people-pleaser. I’m emotional. I’m a million little things that equal easy to hurt.  So I spent the bulk of my youth putting on my ‘Madonna’ armor and acting tough. I gotta be honest and tell you that some days it worked. I felt tough, looked tough and nothing touched me on those days. Then someone would be mean to me, criticize me or I would just plain feel like a failure for whatever reason. I could feel my carefully constructed persona unravel and I would usually end up in a puddle somewhere.

At some point I just stopped pretended to be something I wasn’t. I put away the tough girl act and succumbed to the reality that I was easily bruised, quickly forgotten and often passed over. (Will someone please break out a violin?)

Until one day in church when I learned about the Armor of God. Ephesians 6: 10-19 talks about how to be strong in the Lord. It’s crazy powerful stuff! I realized as I read it that all the time I was trying to be tough, I was missing one critical element. Jesus. If each piece of the armor is separate, then Jesus is the glue that holds it all together.

I had been on the right track. I was trying to be strong. I just didn’t know to be strong in the Lord. I was so close! I was almost there! Only I gave up before I discovered the glue that would make it all stick.

I still aspire to be the ‘bad girl’ that my husband saw in me when we met. But this time instead of trying to be tough I want to be strong in the Lord. THAT is the difference between being bad and being a renegade. This time the tough will stick because this time I have God.