Ask for What You Want

ask for what you want biblical humility love yourself strong women Sep 13, 2018 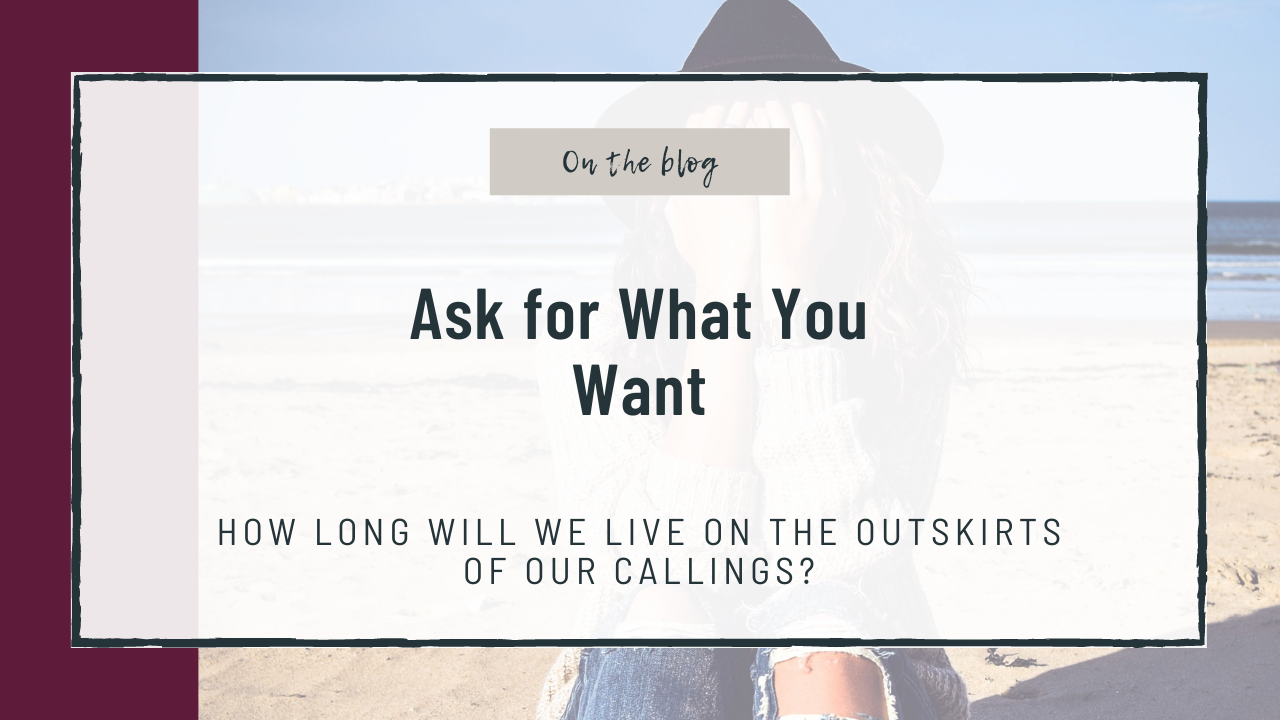 When my daughter was involved in the high school drill team, she had an opportunity to become a leader. The end of the process was an interview with the director who asked her point blank if she wanted to be the president of the committee. She absolutely did want that position and had already been dreaming and making plans about the great things she planned to do for the team.

Instead of confidently telling the director yes, she responded with something like, “I’m just happy to be part of the team and serve any way I can.”

The role went to another girl.

MY DAUGHTER LOST THE POSITION BECAUSE SHE DIDN’T ASK FOR WHAT SHE WANTED. THE DIRECTOR LATER TOLD US SHE KNEW MY DAUGHTER WANTED THE JOB AND THOUGHT IT WOULD BE A GOOD FIT FOR HER, BUT SINCE SHE DIDN’T SAY IT, SHE DIDN’T GET IT.

How many of us make that same mistake? We are so concerned about not being arrogant that we swing too far the other way and lose out? I think this is especially true for women in ministry.

For me, there is always a battle going on between my big, larger-than-life, (occasionally obnoxious) personality and the call of God to be humble. I find it confusing, to be honest. God gives us these personalities and preferences and skills for a reason, but when we have an opportunity to use them, we shrink back in the name of humility.

“Oh, you’re sweet to say that, but I’m not really that good,” we croon when we get compliments. Meanwhile, something inside us is screaming, “I’m good at this, I love this, and I want more of this!”

Let’s look at what all this self-denial gets us, shall we? When we don’t use our gifts, we live disappointed and frustrated, and we rob the world of something God intended it to have. I don’t believe for a second that God gave us desires in our hearts and then said, “Now stifle that, will ya?”

To overcome this, however, we have to talk about the elephant in the room.

Other people would prefer we stay small.

I mean honestly, half my ‘humility’ is me trying to avoid a beat down. Boldly chasing our dreams exposes us to mean people who hurl critical thoughts at us like bricks and it’s the opposite of fun. (The worst comment, by the way, is when people accuse you of just wanting to be famous. As if. If I wanted to be famous, I would have picked another profession, but nice try.)

Here’s what I’ve learned. Pain from a critic is like getting a shot. The buildup is worse than the needle, and within seconds, the pain goes away. The pain of not asking for what we want in life, on the other hand, is like having a chronic illness that will never go away. We will always feel bad. So, which is worse? You have to decide for yourself, but I’ll take the shot any day because no one is better off when we deny what we are capable of doing. No one.

Recently, a friend of mine had to drop out of a speaking engagement and was looking for a replacement. The old me would have thought, “Pick me! Pick me!” but wouldn’t have said it out loud for fear of looking like I was craving fame. But I decided to try asking for what I wanted, and I told her I genuinely felt like I could do the job well. She agreed! We are both happier because, even though I was scared as heck, I asked for what I wanted.

I’M STILL WRESTLING WITH THE BIBLICAL DEFINITION OF HUMILITY, AND SOMETIMES MY MOTIVES ARE MESSY, BUT I BELIEVE MY BIG PERSONALITY GOES WITH A BIG CALL ON MY LIFE AND I WANT TO LIVE THAT OUT! NOT EVERYONE WILL LIKE IT, BUT MY GUESS IS THEY NEED TO START ASKING FOR WHAT THEY WANT, TOO. JUST SAYING.