That Didn't Go As Planned 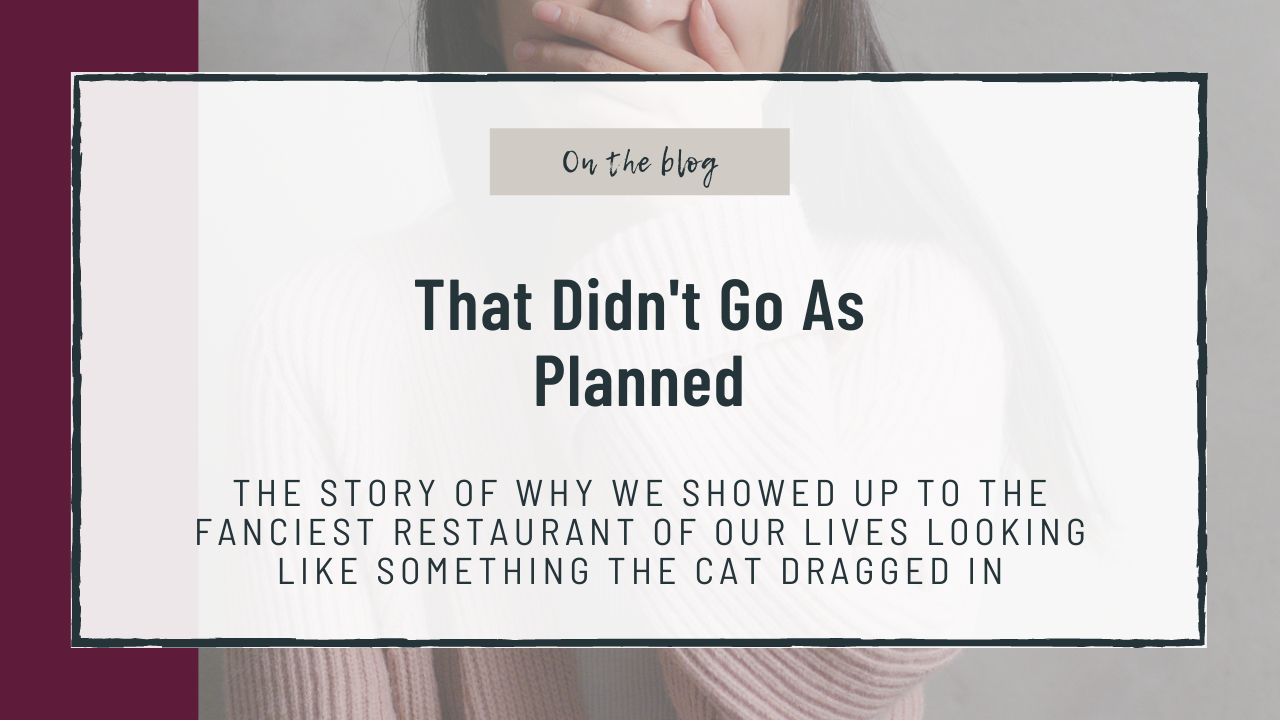 Rick and I recently celebrated twenty-five years of marriage with a trip to Italy. We don’t often take trips, just the two of us, so we splurged on this one because twenty-five years is a big deal! We both carefully planned for months and even took an Italian class at our local community college. We scheduled some tours, but not too many because the goal was to relax. I had visions of sitting in cafés with cappuccino’s and my iPad, creatively writing from a place of inspiration. I just knew I would return from the trip refreshed in my soul and more in love than ever with my husband.

This is the point where God looks at me and says, “You’re so pretty.”

Precisely nothing went as planned. We had flight delays, missed connections, and lost luggage. We didn’t get our first-class upgrade and ended up in coach for ten hours with a screaming baby. (That poor mom!) We finally arrived in Venice twenty-four hours later, grabbed a couple of ‘I forgot my toothbrushes’ from the front desk and slept hard. The next morning, we accidentally crashed another tour group’s breakfast buffet. Oops.

If you know me, you are aware that I suffer from my own personal summers frequently. It’s part of getting older, I guess, but add this to the hot Italian summer, along with more hills and steps than I thought possible, and I can assure you I sweated my way through the entire country. I was sticky and gross and only got worse when, early into the trip on an exciting vintage Vespa tour to scenic Tuscany, I wiped out (on a busy highway – Italian drivers are nuts!) and tore up the right side of my body. So you could say I sweated and bled my way through the rest of the trip. Nice.

On and on it went, disaster after disaster. There were no more injuries, but nothing came easily the entire time we were there. We kept hoping we were turning a corner and telling ourselves the bad luck wouldn’t last, but we were wrong.

Aside from one mini-meltdown per day, I was determined not to let these challenges ruin our trip. I prayed a lot and consciously worked on staying hopeful and upbeat. We took time to try to appreciate the sites, and we laughed hysterically at the jokes we were making at our own expense. We had fun on the tours, were awed by most of the art, and we ate some spectacular food. We ate dessert at every meal because we earned at least that much. We bought Murano glass and Italian leather and picked up great souvenirs for our kids. We tried our best to make the most of the whole thing.

It wasn’t until a day or two before we were scheduled to return home that I had a V-8 kind of moment. I’ve heard a lot of pastor’s and friends say they don’t want to give the enemy too much credit in this world, but I believe we have an enemy whose goal is to take us out. It makes sense to me that he wouldn’t want us celebrating our major marriage milestone with joy. As far as a strategy goes, our trip was the perfect battlefield for him. Jerk.

I have to giggle a bit now, a week later, when I think about it. Our determination to stay positive must have ticked him off. It makes me think of God in Job 5:12, “He frustrates the plans of schemers, so the work of their hands will not succeed.” Despite his best efforts, the schemer must have been frustrated with us for not giving into despair.

On our last night, we booked a rooftop restaurant. It was a fancy dress, jacket-required kind of place. We'd have canceled it, but their policy was to charge us if we did, so we showed up. Rick never got his luggage, so he hadn’t shaved all week and was wearing the same clothes he wore on the plane when we arrived (having had them laundered by the hotel.) I was covered in bandages and my feet were unnaturally swollen so I was wearing pants and Birkenstock knock-offs instead of the cute sleeveless dress and heels I brought for the occasion. I can only imagine what went through the mind of the staff when riff-raff like us showed up. We were ready to have them turn us away (who would blame them?), but instead, the hostess pulled a suit coat for Rick out of a closet nearby, and we were seated anyway. Grace.

We ate the fanciest meal of our lives while overlooking the city of Rome at sunset. Despite our bedraggled appearance, abject soreness, and worn out hopes, we had a wonderful time. We reflected on all the fun things we did, saw, and ate. We remarked about twenty-five years gone by and dreamed about twenty-five more. We laughed because we knew that our disaster tales would make the best stories. Rick talked about going to England and France next, but I think we need some time to recover from this trip first.

I never got to leisurely sit in an Italian café. Exactly nothing went as we hoped, but I’ve decided that what made the trip successful wasn’t the execution of our careful plans. Our victory came from our steadfast attitudes that refused to break, even if they bent a little. We will never forget this trip, and I’m sure we will tell stories about it for the rest of our lives, but what I will remember most is that at the end of the day, Rick and I are still in love and laughter ruled. Thanks be to God.